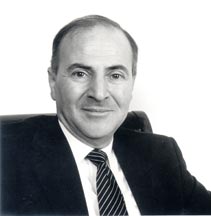 Created in 1997, Direct English is based on a unique learning system developed by the internationally renowned education authority on English language, Louis Alexander.

Louis Alexander (b.1932 d.2002) was a leading British author of English language teaching (ELT) course materials including the world-renowned Direct English syllabus. Born in London and educated at Godalming Grammar School and the University of London, Louis taught English in Germany (1954-56) and Greece (1956-65) where he was head of English at the Protypon Lykeion, Athens (what is now the Scholi Moraïti).

Louis was a member of the Council of Europe Committee on Modern Language Teaching (1973-78), and one of the authors of Threshold Level (1975) and Waystage (1977), works developed for the Council of Europe that have been the bases of many communicative language courses and form the foundation for the Common European Framework of Reference for Languages. He also served on the Committee of Management of the Society of Authors (1980-83).

He was a consultant for Junior English for China in the 1980’s on behalf of UNESCO. He also created the blueprint for the Survive self-study series (1980-83, reissued 1989) for modern languages and published courses in the field of computer-assisted language learning. In 1986-88 he was adviser to the University of Cambridge Local Examinations Syndicate for the Cambridge Certificate in English for International Communication.

His last and arguably greatest work, Direct English, continues to be published and sold exclusively through a network of licensed partners by the Linguaphone Group.